Flipped upside down, he describes the act of turning it as being like moving between worlds. 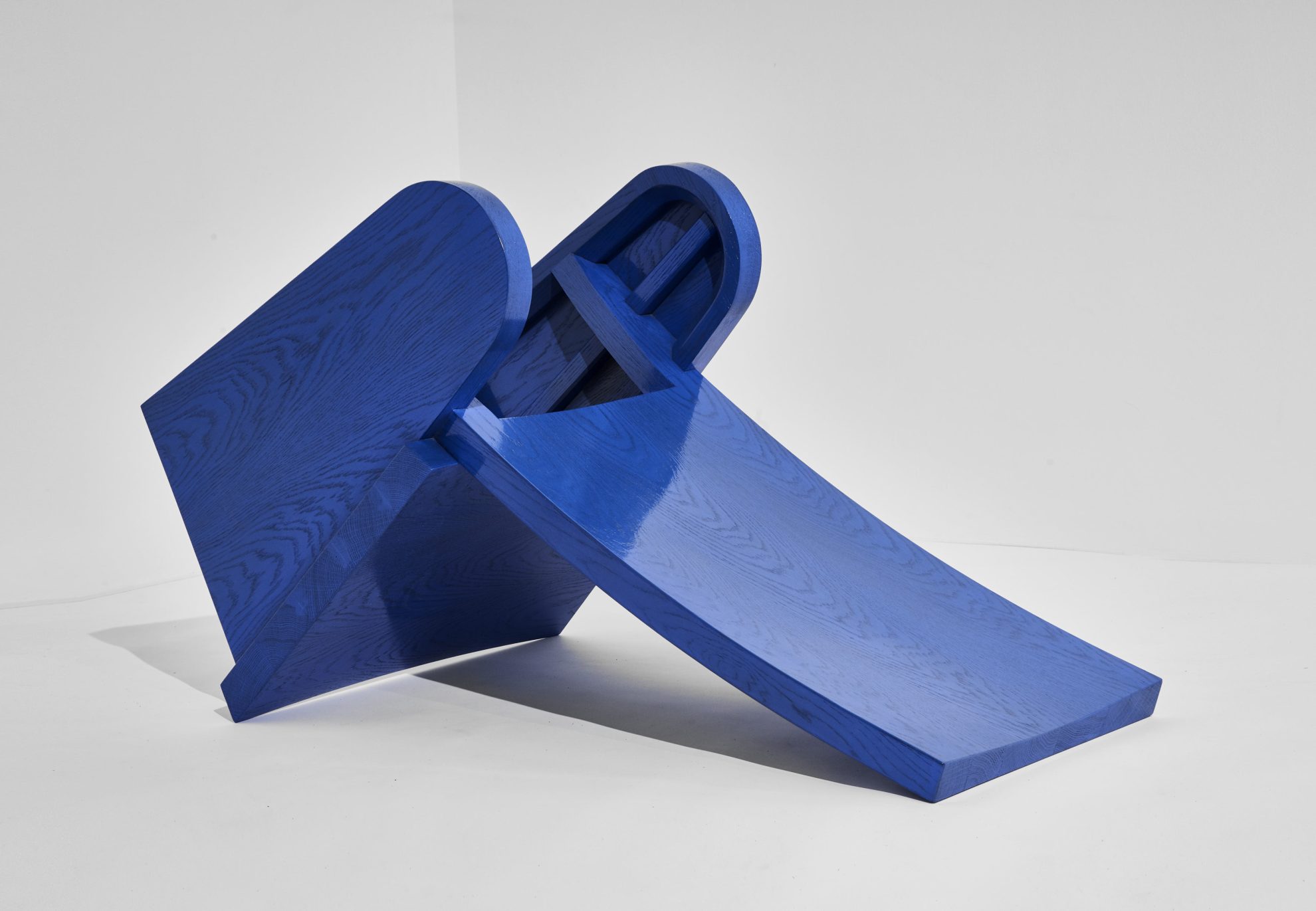 The Swedish designer runs his own studio in Stockholm and shares how he enjoys the challenge of exploring a new material — or a way of using old materials in new ways.

— I usually frame my work around an idea or a subject that rarely is aesthetical. That comes later in my process. I enjoy when a project works on many levels where the first impressions give a sense of self-clarity but where there is a depth where bigger things can be found beyond the first glance. My work is often characterized by a playful approach that results in an expansion of the general conception of function — balancing between the quirky and the sublime, he explains.

Thübeck recently participated in the Discovered exhibition in London. After looking at traditional furniture and playground equipment, he developed and showcased Rå (meaning ”pure” in Swedish, also referring to a mythical forest creature from local folklore that can change its appearance).

— It was a fantastic opportunity to reflect on what and how to design things in a time of isolation, he tells.

While confined at home with his young children, he found inspiration in the way they adapted their surroundings for play, challenging conventional ways to use furniture.

— Limitations became possibilities, he continues. This resulted in a very personal project, as my kids were involved. I found inspiration in the way they adapted their surroundings for play, challenging the conventional way of using furniture. This resulted in a piece called Rå, constructed out of red oak and is stained blue, whose function can be interpreted either as a chair or a slide, as it is flipped upside down. For me, the piece is a symbol of coexistence, and the act of turning it is like moving between worlds. 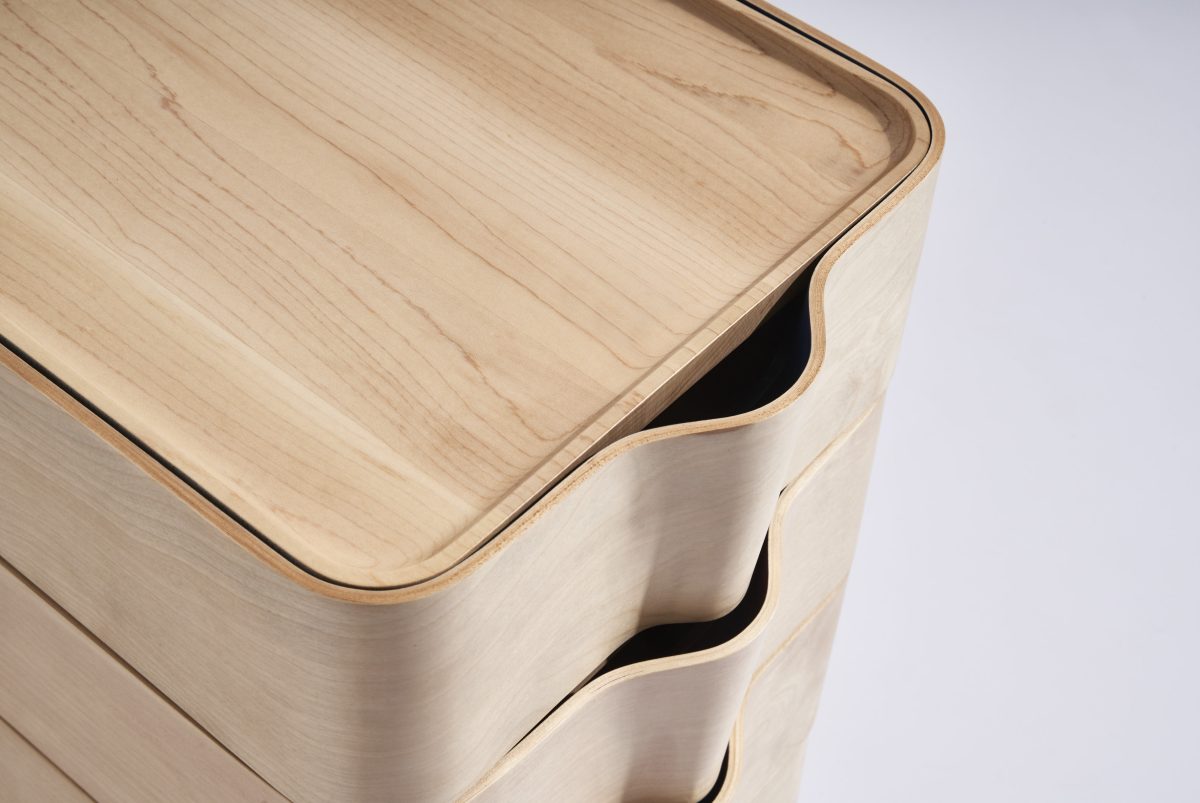 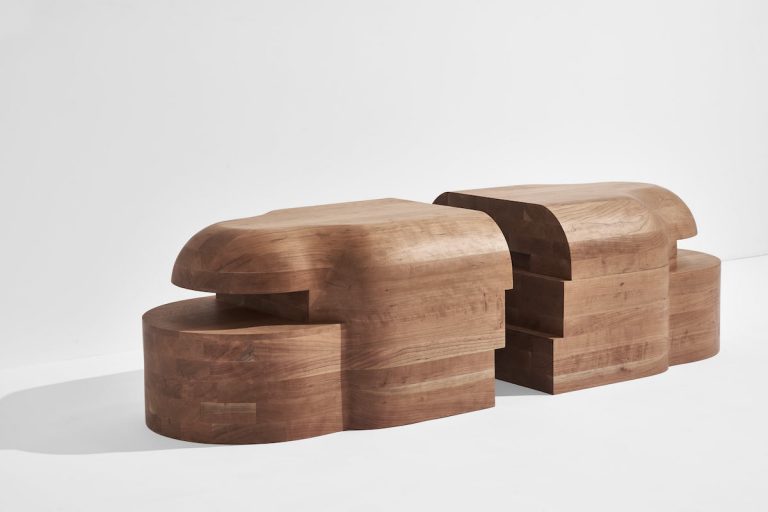 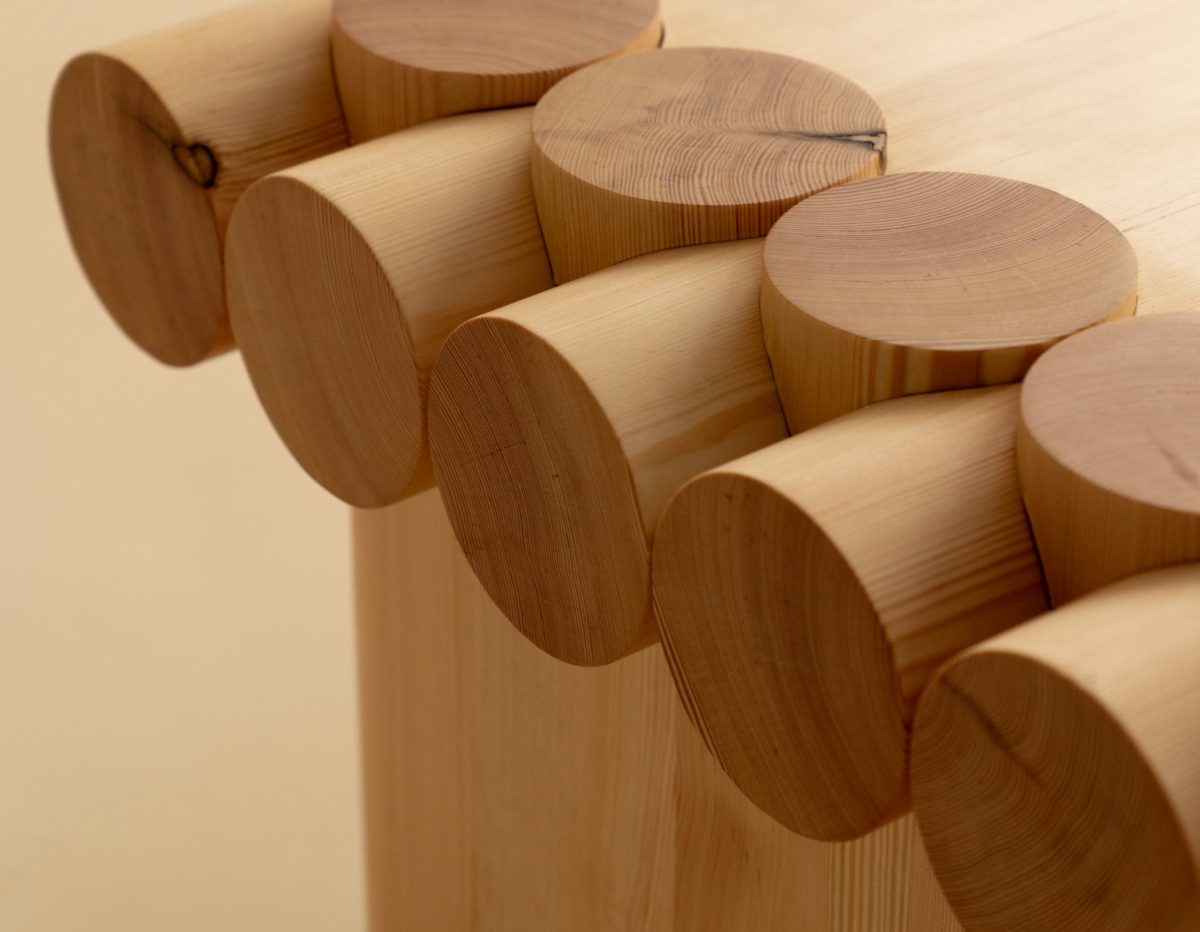